December is here and the holiday season has officially started!  Chances are your days will be filled with all things Christmas, which leaves very little time for schoolwork.  I would like to propose a radical idea:  take a break from doing math textbooks, workbooks and worksheets the month of December!  Yes, you heard me correctly!  Take advantage of all of the real-world math applications that are already present in your week during the holiday season. Money skills and decimal concepts will be reinforced every time you shop.  Spatial problem solving and geometry will be practiced every time they wrap presents.  Computation skills and fraction concepts will be reviewed every time you cook and bake.  There is no reason to spend precious holiday time laboring over math workbooks.  Instead, shop, wrap, bake, and spend the month playing fun math games instead.

MATH:  THE 12 DAYS OF CHRISTMAS

Disguise your math time in the form of fun and games.  Your December break is the perfect time to catch up on game time!  For twelve days in December, play tons of fun math games.  During the month of December, pick one of the games below to play.  I promise.  You and your family will have so much fun, you might find yourself playing them again and again even when your Christmas vacation is over!  For most of the games, no investment is needed.  All you need is a deck of cards and a few pair of dice.  Many of the games come from the book Lessons for Decimals and Percents ( De Francisco, 2002) and  TheMath FUNdamentals Series (De Francisco, out of print).

If your child is in PreK, K or 1st grade, play Go Fish with a deck a cards as often as they ask!  This traditional game helps students build number sense and number recognition.  The best part about playing cards, your little one can count the hearts or diamonds if needed.

If your child is in 1st-4th grade, play a version of Go Fish that will help them learn basic addition facts.  Let’s say your child is having trouble remembering the addition facts for 10.  Play Go Fish 10 to help him remember!  First, remove all of the face cards.  They won’t be needed.  Aces are #1’s.  Deal five cards to each player and then spread face down the remaining cards (just like you do for Go Fish!).  Players take turns asking for a number card except in this version, players are trying to make a pair of numbers that add up to 10.  For example, Player A has a #1 in her hand so she asks her opponent if he has a #9 because 1 + 9 = 10.  If the opponent has a #9, Player A makes a pair and takes another turn.  If the opponent does not have a #9, then Player A “goes fishing”.  Now Player B’s takes his turn.  The winner is the player with the most pairs at the end of the game.  ** Older students- These are great games to play with younger siblings.  Not only does it help the younger one learn his/her facts but it helps reinforce speed in older students.**

If your child is PreK to 1st grade, play Memory (or Concentration) with a deck a cards as often as they ask!  This traditional game helps students build number sense and number recognition as they try to match numbers together.

If your child is in 1st -4th grade, play a version of Memory that will help reinforce the basic addition facts.  Rules are the same as the traditional game of Memory and set up is the same as Go Fish (Math Facts Version).  Let’s say your youngster is having trouble remembering the addition facts for 6.  Before play begins, remove all face cards and number cards 7-10.  They will not be needed.  Next place all remaining cards face down in between the players.  To start, Player A turns over two cards.  She is trying to match two cards that add up to 6.   She turned over a #2 and a #3.  Since 2 + 3 do not add up to 6, she turns them face down and loses her turn.  Now it is Player B’s turn.  He turns over a #4 and remembers where the #2 card is. He successfully finds it and turns it over, thus creating an addition pair that adds up to #6.  He then keeps the pair and takes another turn.  You can play this game for any addition facts 10 or under.  The winner is the player with the most pairs. at the end of the game  ** Older students- These are great games to play with younger siblings.  Not only does it help the younger one learn his/her facts but it helps reinforce speed in older students.**

If your child is PreK to 1st grade, play Battle (or War)  with a deck a cards as often as they ask!  This traditional game helps students learn to compare and order numbers while playing this face-paced game.

If your child is in 1st -7th grade, play a version of Battle that will help reinforce the basic addition or multiplication facts while building computation speed.  Rules are the same as the traditional game of Battle.  Deal all of the cards face down between two players.  At the same time, each player turns face up the top card of his pile. If they are playing Addition Battle, the object of the game is to be the first person to mentally add the two cards and yell the sum.  The player who correctly yells first the correct sum, wins the two cards.  For example, Player A turns over #6 and Player B turns over #4.  The first player to yell “10”, wins the round and the the two cards.  If they are playing Multiplication Battle, the rules and set up are the same except the players are racing to see who can call out first the correct product.  In the previous example, the first player to yell “24” wins the round and the two cards (6 X 4 = 24).  Since it is a fast paced game, it helps build speed and quick recall of math facts.   If your child is still learning the facts, slow the game down but turning over two cards each.  Each player takes his time adding his two cards together.  The player whose pair of cards has the greatest sum, wins.

If your child is in 7th-12th grade, play Addition Integer Battle (or Multiplication Integer Battle).  In this version, set up and play are the same except the red cards are negative numbers and the black cards are positive.  Each player turns over a card.  The first person to call out the correct sum (or product), wins the round and the two cards.  For example, Player A turns over a black #5 and Player B turns over red #2.  If you are playing Addition Integer Battle, the first player to yell “3” wins the two cards.  (-2 + 5 = 3).  If the players are playing Multiplication Integer Battle, then the first player to call out “-10” wins.  (-2 X 5 = -10).  This is a fun and quick game to reinforce the rules of adding and multiplying positive and negative numbers!  You might even enjoy Algebra while playing this fast-paced game.

To set up this game, you will need a pair of dice and the score sheet.  (CLICK HERE).  The object of the game is to build the largest decimal number possible.  Each player takes turns rolling the die and then decides if he will use the number rolled or reject it.  If he chooses to keep the number rolled, he then decides which place value to put the number.  He can write it in the tenths spot, the hundredths spot or the thousandths spot, however, once he chooses the place value spot, he cannot erase or move it.  Each round, each player is only allowed to reject one number.  This is also a strategy game so players must take turns.  This allows the player to see his/her opponent’s number as it is being built.  For example, Player A rolls a #3.  He decides to keep the 3 and place it in the hundredths spot.  When it is his turn to roll again, he rolls a

#1 but decides to reject it.  At his next turn, he rolls another #1 but since he has already rejected a number, he has to use the #1 this time.  He records it in the thousandths spot.  On his fourth and final roll, he rolls a #5.  The only spot available is the tenths place so he records the #5 in the tenths spot.  At the end of round 1, Player A has built the decimal number .531.  In the meantime, his opponent built the number .541.  Since .541 is greater than .531, Player B wins the first round.  Play continues for five rounds.  The player who wins the most rounds wins the game.

If your child is in 1st-4th grade, remove the thousandths place on the score sheet.  This way they are creating money notation.  This is a great way to reinforce decimals and money notation especially with 2nd graders.   Another simplifier version  is to just remove the decimal point altogether and then play the game.  Now the players are building whole numbers instead (ones, tens and hundreds).  In the previous game example, Player A built the number 531 and Player B built 541.  Player B still wins!  To make it more challenging, add more decimal places.  The older your student, the more places you can add to the score sheet!  Students can build numbers up to the millions!  This is a fun and easy way to teach and reinforce place value concepts.

5th Day of Christmas:  Twenty One

6th Day of Christmas:  Knock Out

For this game, you need a deck of cards and a pair of dice.  Using the deck of cards, each player places face up in front of him the numbers #1-#10 (Aces are #1).  The object of the game is to “knock out” as many number cards as possible.  Players take turns rolling two or three dice.  Using any combination of numbers, order of operations and computation (+, – , x, /) each player tries to create an equation that equals each number (#1- #10).  For example, Player A rolls a 2, 3, 5.  She can “knock out” or remove all of the cards except 9:

**If you want to make this more difficult, than purchase dice that have numbers greater than 6.  (Click Here to order)

9th Day of Christmas: Play the board game, Sequence Dice (Great for Addition facts up to 12)

10th Day of Christmas:  Play board game, Cubes by Jax (Great for mental addition and subtraction) 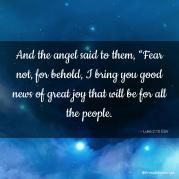 Of course, don’t forget to celebrate the reason for the season!  Even if you do not get to play any of these games, make sure you take the time to go caroling, serve your neighbors, and spread the good news of Jesus’ birth, death and resurrection this holiday season. 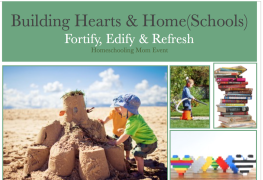 **If you enjoyed the games shared in this Christmas post, join us in March, 2019 for our Homeschooling Mom’s Weekend Event.  Our second session on Saturday is Gameology! Creators of The Games Curriculum,  Martin and Carolyn Forte, will share TONS of games that can be played to teach any and all subjects!  Carrie De Francisco, author of Math FUNdamentals series and founder of FUNdamentals Wednesday classes, will also share many of the math games in this post with the participants.  In this session we will learn how to put the FUN back into learning the FUNdamentals.  ***  For more information, visit Upcoming Events.

3 thoughts on “Holiday Homeschooling: The 12 Days of Christmas”